From PokeXGames
Jump to: navigation, search

Would you like to have a house in your favorite city? We will teach you in this tutorial everything you need to know to have you own house and decorate it with items/objects obtained in the game.

After checking the requirements you must search the global map, using Ctrl+Tab, for the symbol of a "small green house" that indicates it is empty, as you can see in the image:

OBS: The option 'Display flags and markings' must be active. Otherwise, the icons will not appear.

When a house is empty, the auction will be started on the next check, the auction duration time is informed above the house icon in the information window. To make a bid, the player must press “Use” on the door of the empty house.

A window will open with three informational fields.


Obs.: the Your maximum bid value is not displayed to other players. It is visible only to the player who made the bid.

By clicking "Use" on the house door, click on the 'Bid' button, a window will open, where the amount that the player is willing to pay in the house must be entered. After the bid is placed, the money from your backpack will be removed and the Your maximum bid and Current bid fields will be updated. If a player matches their bid, the money will be sent to the Pokémon Center Deposit and an informational message will be sent. 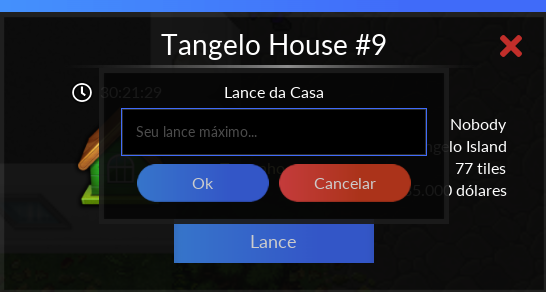 Finalization of the Auction

Selling the house to another player

To sell your house to another player, use the House Icon (

) found in the upper menu of the client.


The person who will buy, must be close to you and for the exchange to be carried out, they must also meet the requirements mentioned above. Remembering that the owner needs to be inside the house, otherwise it will not be possible to complete.

After that, an Exchange with the house contract will be available between the two players, just choose normally what you want to pass on to the other player like any other exchange. 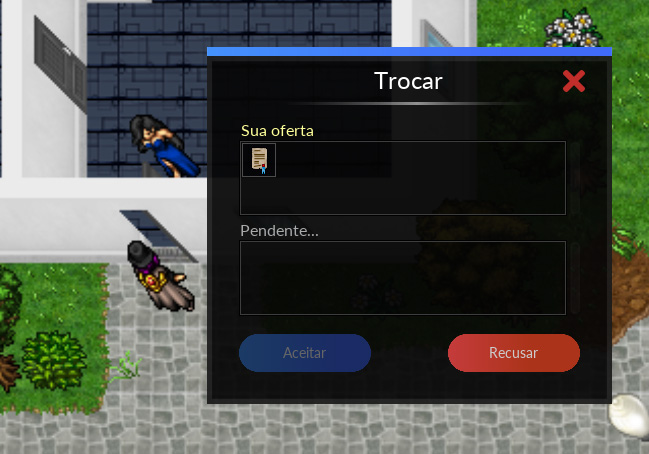 The first obligation, after having your house, is to leave the rent money inside the Depot in the Pokémon Center (outside a bag/vault). Every month, your house will be automatically charged for rent, and if you don't leave the money at the Depot, you will lose your house. When there is no money available in your Pokémon Center, when you log in, an alert message will appear warning you about it. If you have forgotten the rent price or even the payment date, type the command !houseinfo and all the information will appear in the pattern. 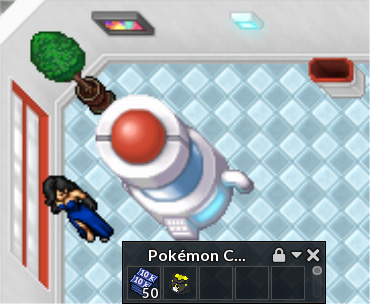 The owner of the house has the possibility to use several commands inside it, among them, there are commands to invite friends inside their house, to make them sub-owner, among others. To access them, you must be inside the house and click on the icon (

) on the upper menu of your Client.

If you put a friend as Sub-Owner of your house, they will also have access to some commands there.

Auction after a server merger

After the completion of the servers union, an auction will be held between the owners of the same house on the two servers for 15 days, which can be brought forward if the players reach an agreement. The winner will keep the house; the other player will have their money returned and will also keep the money wagered by the winner.

Attention: the dispute auction between two players who own the same house after the servers merge is not in the same format as the auction of a house did not have an owner.

Currently, there is a feature where players finish the house auction early. The !auctionaccept allows the player to accept the bid made by the other participant in the auction. This command can only be used if the player who has the lowest bid in the dispute. After using the command, a message will be displayed informing you what will happen. If the player agrees with the information presented, they must use the command again to close the auction instantly.

For example: Player A owns a house in Blue, and Player B owns the same house in Purple. Thus, an auction will be held between the two for 15 days. On the first day of the auction, however, they talked and agreed that they would not compete, it being agreed that player A will pay 500,000 dollars (500k) for the house. Therefore, player A will bid 500k on the house, and player B will use the command. After checking the information and using the command again, the auction will be closed instantly. Player B will receive the money; and player A, the house.